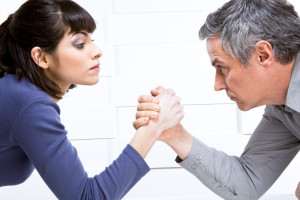 Jealousy Advice: If My Partner is the Jealous One, Why Should I Change?

By Susie and Otto Collins

But when it’s your partner who has a tendency to be jealous, you might wonder what– or why– you should do anything differently.

After all, it’s his or her problem and not yours. Right?

When jealousy makes its presence known in a relationship, both people can actually help end this disconnecting habit. Yes, of course, the person who is jealous needs to take responsibility for his or her beliefs and actions.

When only one of you is examining your tendencies, change will probably take a lot longer to happen and may not bring you two as close as you’d like to be.

We’ve all heard the saying that it takes “two to tango,” meaning that a disconnecting relationship habit doesn’t normally involve only one person contributing to the dynamic. While the degrees to which you each add to the challenges in your relationship can vary, it is almost always the case the you both do indeed contribute to whatever relationship “dance” you are doing at the moment.

And if that relationship dance is one involving jealousy, it is highly likely that it also may involve fear, frustration, irritation, and distance.

[box] Jon has a habit of quite obviously looking at and admiring other women when he is out with his partner Meg. This tendency of Jon’s is really upsetting to Meg. She becomes jealous and upset each and every time.

Now, after years of watching Jon watch other women out in public, Meg worries that one day he’ll try to actually meet one of these women and perhaps have an affair. From Jon’s point of view, he’s doing absolutely nothing wrong.

He can’t understand why Meg is so sensitive and he’s just about had it with her jealousy and sniping remarks. In fact, Jon resents the fact that Meg holds him responsible for her jealous feelings. All he’s doing is looking, after all…..

Pay Attention to Your Own Habits, Beliefs and Assumptions

From this scenario it may be clear to an observer that both Jon and Meg are contributing to the jealousy that Meg is experiencing. Not every woman feels jealous when her partner looks at other women, but many do.

When you place most of your attention on “who’s to blame,” you probably aren’t making headway in erasing jealousy from your relationship. Blaming and judging simply won’t allow you to move closer to your mate.

That also doesn’t mean that ignoring the different roles you each play in the jealousy relationship dance is helpful. It’s vital that you both acknowledge that a dynamic has developed and that it’s driving you apart.

Your next step is to each look at your own habits, beliefs and assumptions that are potentially feeding the jealousy and disconnection.

We know that not all jealousy situations involve men looking at other women. Sometimes more subtle behaviors or ways of communicating can trigger jealous feelings. When you are willing to explore and take responsibility for your role in the disconnected dance, you can begin to make a shift and move closer toward your partner.

What can you do to help without giving yourself away?

After a disastrous dinner which ended in angry tears from Meg after Jon looked at not only their server at the restaurant but also a group of young women walking by, Jon sat alone and started to think a bit differently about his relationship.

He doesn’t want to break up with Meg, but he wants to enjoy being around her again. He misses those early days when they had fun and were intimate more of the time.

Jon begins to wonder how he can help Meg stop being jealous. He’s been resistant to her criticisms about his looking at other women, but now he’s starting to think about how his behavior might be affecting her.

Jon wonders how he would feel if Meg regularly and obviously looked at other men. He suspects he wouldn’t like that and that he might feel angry or insecure.

When you realize the role you play in your relationship dynamic, you can begin to try out new ways of interacting that might help the situation. We are not saying that you can single-handedly “solve” your partner’s jealousy habit.  And we’re not encouraging you to take this on.

Dealing with jealousy is something that your mate will need to do for his or herself. As you make changes within yourself in response to your contribution, you are essentially helping your partner in his or her own healing.

We are urging you to take no more and no less responsibility for the disconnection between you two than is appropriate and accurate.

Some forms of help may involve you setting boundaries when it comes to your partner’s jealous habit. For example, you might make it clear to your mate that you are willing to answer casual requests for information about where you’ve been and who you’ve been with, but you will not respond to interrogations, demands or ultimatums.

Jealousy is a dangerous dance for a couple to engage in.  When you recognize it– even if your partner is the jealous one– take a look at your role and consider what changes will be helpful and supportive for both of you.

Ask yourself what you can do to encourage closeness and connection? Allow your answers to guide your next step.

In our ebook and audio program, we help you understand your partner’s jealousy and specific ways for stopping jealous thoughts and behavior and so much more! Try it out for 60 days and see how the info we include stops jealousy in its tracks!

Try the No More Jealousy Program Risk Free for 60 days

• How to stop your fears, doubts and destructive behavior BEFORE your spouse or partner finally says “enough” and walks out the door and leaves you forever

• How to stop being insecure and suspicious, especially when you know nothing’s going on