November 12, 2013 By Susie and Otto Collins Leave a Comment 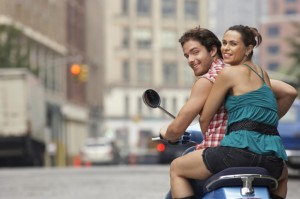 If you had the chance, would you go out with Leonardo DiCaprio?

Surprisingly, plenty of people would turn down a date with DiCaprio mostly because of his reputation as a player. Many don’t want to set themselves up for jealousy and possible heartbreak.

Leo isn’t the only (male or female) celebrity known for having a string of relationships and dating around a LOT. Peruse the covers of tabloid magazines and you’ll quickly make a long long list. Hollywood seems full of players– people who appear to run through romantic/sexual partners faster than any of us can count.