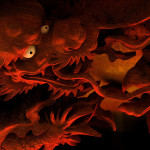 “May I say that you have saved my relationship. I used to make false accusations, be jealous and get angry, though I would not know why, but listening to everything you two have said in your audio courses, I finally understand jealousy and why I am reacting like this. I have not finished reading the book or the audio courses, but my relationship is already improving.

Thank you so much. I am so grateful to you two, if it wasn’t for you, I wouldn’t know how to control my emotions. And our relationship would’ve definitely ended, which would be terrible since we love each other so much.

I didn’t even know jealousy could be controlled. I thought it would always be inside of me…
Thanks again, you’re the best!”

While we’re glad that this man has found the strategies, techniques and lessons included in our No More Jealousy program to be essential to him overcoming jealousy, we’re excited for another reason…

We’re absolutely thrilled to hear from someone who found the courage to face down the out of control emotions and unhealthy communication habits that were putting his relationship in danger. We applaud this person for reaching inside himself and finding the strength and persistence to do what was uncomfortable and maybe even felt impossible at times…

He looked his jealousy square in the face and he vanquished it. And so can you.

We invite you to use this man’s email as your own call to action. Maybe you believe that jealousy is something you just have to suffer with and that there’s nothing you can do to stop it.

Maybe your jealousy seems SO HUGE and POWERFUL and BEYOND YOUR CONTROL that you think you’ll be stuck with it forever.

Think about the legend of the medieval knight who comes to the aid of villagers who were being terrorized by a fire-breathing dragon. The dragon would frequently swoop down from its cave and steal from them and burn down their homes. Nervousness and panic descended on the villagers who came to believe that they were helpless to do anything about the gigantic and fierce dragon.

And then the knight arrived. He journeyed from far away and, despite his own fears, he found the dragon’s lair and vanquished it with his sword. The villagers were finally free to live peacefully and happily.

You don’t need a knight to ride in on a white horse to save you from your jealousy. In fact, nobody can face down your inner “dragon” except for you. Know that whether you are a man or a woman, you DO have the strength and the ability to return to calm and clarity and to create the trusting and close relationship you truly want.

Find the strategies and techniques that work for you and keep practicing them. These will help you on your way back to peace and happiness in your own life.